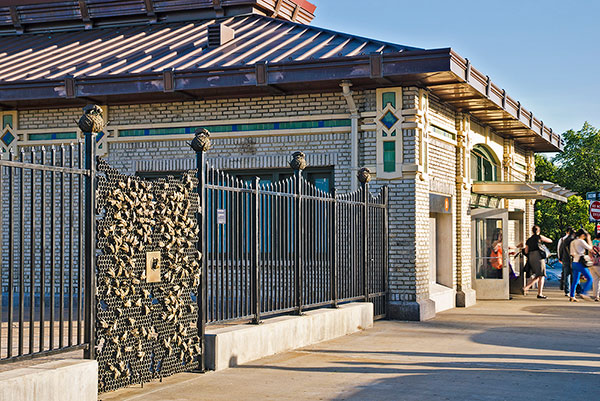 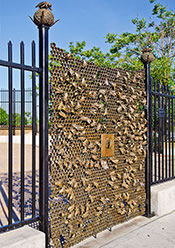 Click an image above to see a larger version

A sculpture project in cast bronze, Bees for Sunset Park was commissioned by New York City’s MTA Arts for Transit and Urban Design office. Consisting of two sets of ornamental gates and a series of large finials on the fences surrounding the site, the work was commissioned as part of the renovation of the 9th Avenue Station, in Sunset Park, Brooklyn. This historic landmark building is notable as an excellent example of an early NYC station, and as an example of the work of Squire Vicars, the main architect and designer of many early stations for the NYC system. Originally opened in 1916, the Arts and Crafts style building features tile work typical of the early NYC system and a beautiful copper mansard roof, which has been restored as part of the new renovation. Read more about Russell's project in this article from The New York Times.

Visit the Station: Sunset Park, Brooklyn at the 9th Avenue Station, on the D train line