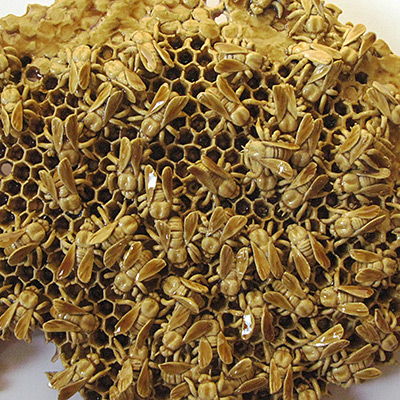 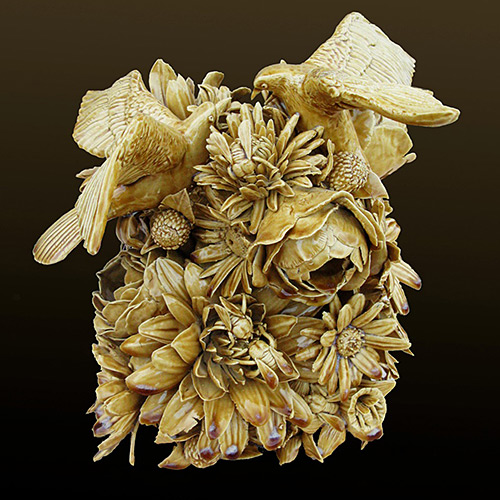 Click an image above to see a larger version

In 2007 I began an ongoing series of ceramic pieces which I group under the title Beework. The series is inspired by the many visual wonders of the world of bees. The first pieces were my version of honeycombs. I began these in the spirit of simple amazement after looking at photographs of bees working in their hives. This led to looking at photographs of pollen, and again I felt the challenge to try my hand. Later pieces depict the bees, often in the company of birds, in their wider environment.


“Russell’s works hark back to the glass creations of the German craftsmen Leopole and Rudolf Blaschka. These artists created highly realistic specimens based on the natural world for private and museum collections where they were used as teaching aids. Russell’s Bee Work series is in the long standing tradition of scientific models and the decorative arts. His expertise with hand built ceramic forms facilitates translation of the complexity of the beehive, or the intricacy of individual grains of pollen, into forms which are of a scale that we can all appreciate.”